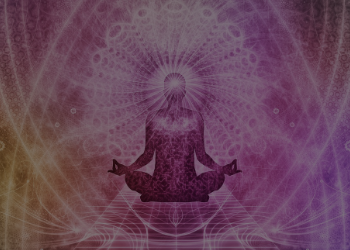 From Shani Mahatmya – The Mythology Behind Shukra or Venus

The Shani Mahatymya is a narration of incidents in the life of King Vikramaditya. It tells us about his seven and a half year Saturn period or Sade Sati. When the narration begins King Vikramaditya is listening to a debate in his court. The topic of discussion is to determine which planet is the greatest of the nine. Learned representatives of each planet each present their argument to the King as to why their planet is the greatest.

Each of the speakers enlightens the audience and King Vikramaditya about the background, life story, lineage and the most significant characteristics of their planet. The first person to speak was the representative of Surya, the Sun. He stated that as the day begins with the Sun and he sustains the health of all, he is the greatest. The representative of Chandra (the Moon) stated that Chandra resides on the head of Lord Shiva and looks after the vegetation on earth and does not harm anyone. This made him the greatest. The representative of Mangal (Mars) stated that though Mars is a cruel planet who gets displeased when worshipped in arrogance, he is also capable of relieving the debts, illness and destroying the enemies of a person.

The representative of Shukra was sophisticated, friendly, loving, refined and sociable. He stated that he agreed that Brihaspati is a very powerful planet. But, he affirmed that even Brihaspati did not have one important quality that Shukra has. This caught the attention of all the people in the audience. He stated that Shukra had the knowledge of Sanjeevni Vidya which enabled him to raise people from the dead. This made him greater than even Brihaspati and all the other planets.

Shukra is also the Guru of the Asuras. The Asuras are very obedient to the guru. They know that even when they are killed he will bring them back to life. The worship of Shukra saves a person from worry and disease and finishes the negative Karma. He is very learned and also a Brahman. Worship of Shukra helps fulfil all the desires of a person. Observing a vow to Shukra results in the blessings of good fortune, happiness, strength and children.

Shukra is very good looking and has a complexion like snow. He is sensuous and fond of music and juicy edibles. The gem of Shukra is a diamond and the metal is silver. Shukra has only one eye but yet signifies the eye in the chart. When Shukra is favourably placed in the chart, the person’s eyes are beautiful.

Shukra represents the semen in a man and the ova in a woman. The name Shukra means ‘white’ and also ‘semen’. Shukra also rules over the South-East directions and Friday. The Rashis of Rishabha (Taurus) and Tula (Libra) are ruled by Shukra. The other names of Shukra are Kavi and Ushana. Shukra is the son of Rishi Bhrigu who in turn is one of the 10 Manas Putras of Brahma. Rishi Bhrigu was also born from the semen of Brahma like Rishi Angira. This makes Brihaspati and Shukra first cousins to each other.

Shukra’s Adventure With An Apsara

Once when Shukra was a boy, Sage Bhrigu who was Shukra’s father was deep in penance on the Mandrachal mountain. Shukra was attending to his father’s needs. When Sage Bhrigu was deep in meditation, Shukra was looking at the sky when he saw the Apsara Vishwachi. He was entranced by her beauty and could not stop staring at her. To try and distract himself, Shukra mentally went to visit Indra. He was welcomed there. However, Apsara Viswachi was there and he was yet again mesmerised by her beauty. She was also very attracted to him. So Shukra made a hut in a corner of Indralok and covered it with darkness. Shukra and Apsara Viswachi made love in that hut for eight Chatur-Yugas.

Fall From The Heavens

When Shukra’s good Karmas ran out he fell out of heaven and onto the Moon. His soul then fell on the Earth through the rain. The place where Shukra’s soul fell was a paddy field. A Brahman ate the rice and then deposited Shukra’s soul in the womb of his wife through his semen. Shukra was born as a child in that family. He did penance for a long period as the Brahman’s son. Apsara Viswachi was cursed to live as a doe on earth. When he saw the female deer he immediately fell in love with it and mated with it. This produced a child who would not allow him to meditate.

Shukra then died by snakebite and was born as the Madra King, a bamboo forest, and a python until finally he was born to a Rishi on the banks of the River Ganga. In the meanwhile, his original body that was sitting next to the Sage Bhrigu had dropped to the earth and was worn out by the elements. The strength of Sage Bhrigu’s penance kept it preserved from decay.

Bhrigu opened his eyes after 1000 years of penance and found his son’s worn-out body nearby. There were frogs in the hollows of his stomach and birds had made nests in the wrinkles of his skin. Sage Bhrigu was furious and was about to curse Yamraj for his son’s premature death. Yamraj appeared to him and stopped him from wasting his great penance to curse him. He explained that Shukra had brought this sad state of affairs upon himself. He then told the Sage to use his power of vision to see that Shukra was meditating on the banks of the River Ganga. Yamraj revived the body of Shukra and Shukra apologised to his father. Bhrigu then showed him his lives and instructed him on spiritual success.

Shukra then performed penance and worshipped Lord Shiva for 5000 years with no result. He then decided to live on nothing but smoke and worshipped him for 1000 years more when Lord Shiva appeared before him and blessed him that he would be his son. Lord Shiva gave Shukra the knowledge of Sanjeevini Vidya which only Parvati Devi, Kartikeya and Ganesha knew. He then blessed Shukra that he would be the best planet in the sky. Shukra would rise in the sky and all auspicious events would be performed only when Shukra was in the sky. By this boon, Shukra later became the son of Lord Shiva. Shukra went on to have many wives and children.

Once Parvati Devi covered Lord Shiva’s eyes in jest and the entire universe became dark. She immediately removed her hands from his eyes and there was light again. There was a young boy standing before them. Lord Shiva told her that she had created the boy by creating darkness and hence the boy was her son. As he was born in darkness, he was named Andhak. Parvati refused to accept the child and so he was given to Hiranyakashyap as his adopted son.

The child Andhak grew up to be a terrible Asura. He started harassing the Devatas. In one such incident, Andhak was defeated by the Devatas. He took shelter with Shukra who then declared that Andhak was his son. This made Lord Shiva very angry and he swallowed Shukra. Without Shukra, the Asuras lost the war with the Devatas. Shukra was inside Lord Shiva’s body and wandered about for a 1000 years. He saw many planets, universes, seas, Devatas and the war that was going on between the Devatas and the Asuras but found no way out of Lord Shiva’s body. He finally made his way to Lord Shiva’s penis and worshipped him. His worship pleased Lord Shiva and he released him, named him Shukra and acknowledged him as his son. This was how Shukra became the son of Lord Shiva.